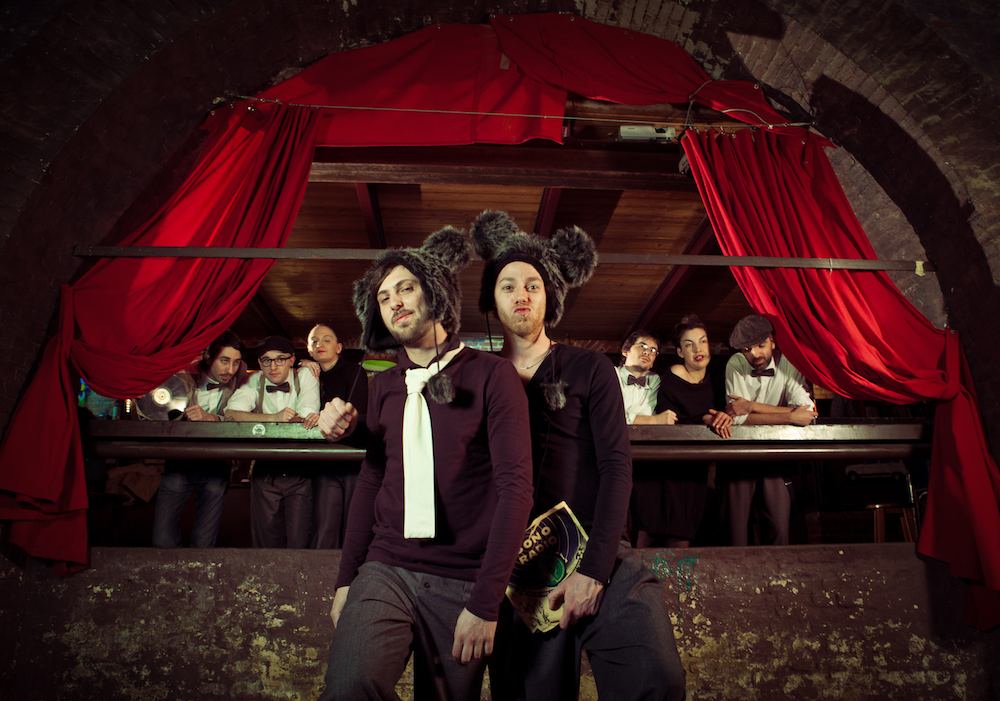 The creaking sound of old school vinyl is not enough for the eccentric band “The Sweet Life Society”; the talented group that mix contemporary tunes with old school “Cotton Club”, re-styling the “Swing Music Culture” into a mix of electronic sounds, while also adding the performance of live instruments from the best “Torinese” Jazz scene.

The two producers of this new music project – Gabriele Concas and Matteo Marini – perform live accompanied by an eclectic ensemble made up live singing and scratching, manouche guitar and wind instruments such as a trumpet, sax and clarinet.

In 2010 they published “Dibilidong” appears for courtesy of the french label Wagram, in the prestigious Electro Swing compilation, furthermore the track appears on “Happy electro swing jazz year”, a compilation edit by Rambling Records for the japanese and korean market.

After the released of the 7″ inches “Bam Bam” with Resense in 2011, they bring out their first single for the italian market “My Sound”, with very special guests “Le Sorelle Marinetti”.

They have been touring in the last 2 years all over Europe, and they are now working on their first album, produced by BMG, that will be released in 2013.